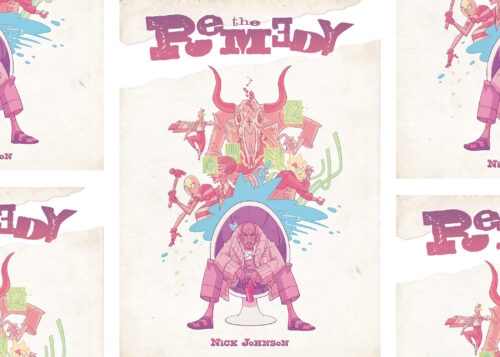 My newest comic THE REMEDY has successfully made its official digital debut at the Thought Bubble 2020 Digital Con. View the TRAILER on VIMEO.

The digital PDF is available on my SHOP in a standard comic format as well as a widescreen version, formatted to fit your computer screen. Enjoy the preview below!

On a post-cataclysm Earth, the remnants of humanity live out a mundane existence in an enormous floating city.

This bland utopia is thrown into chaos by six dream-like renegades who model themselves after art movements of the past and use art and technology to disrupt the system.

Detective Xander Slate is determined to find out who they are, what they want, and why they know so much about the mysterious death of his husband. 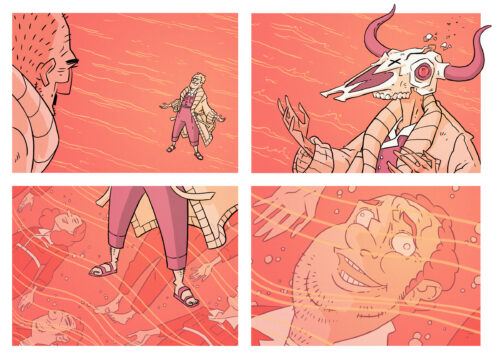 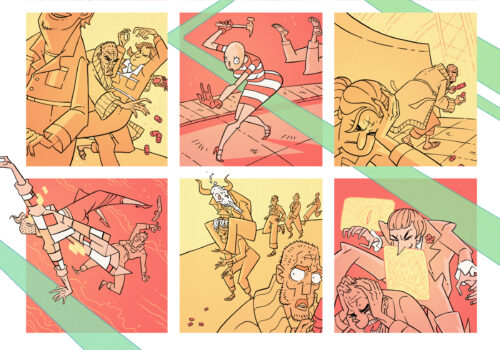 ABOUT NICK JOHNSON: Born in Calgary AB Canada, Nick Johnson is a writer and artist currently residing in Edinburgh, Scotland. He obtained a Bachelor of Design Degree from AUArts in 2013 and has just completed a Masters in Comics and Graphic Novels Degree at the University of Dundee.

He has worked in e-learning, comic books, children’s illustration, storyboarding, and art direction, in addition to teaching Narrative and Conceptual Illustration for AUArts and through various schools and community workshops. For New Machine Studios, he was the art director of the animated feature film Young George and the Dragon, and in 2019, he finished work as the writer/director of the sequel film Young George 2: No Dragons Allowed!

Nick’s work has a strong focus on storytelling and performance, featuring expressive characters and emotional themes. He is inspired by CanLit, horror films, spaghetti westerns and the ghosts of Utopia. 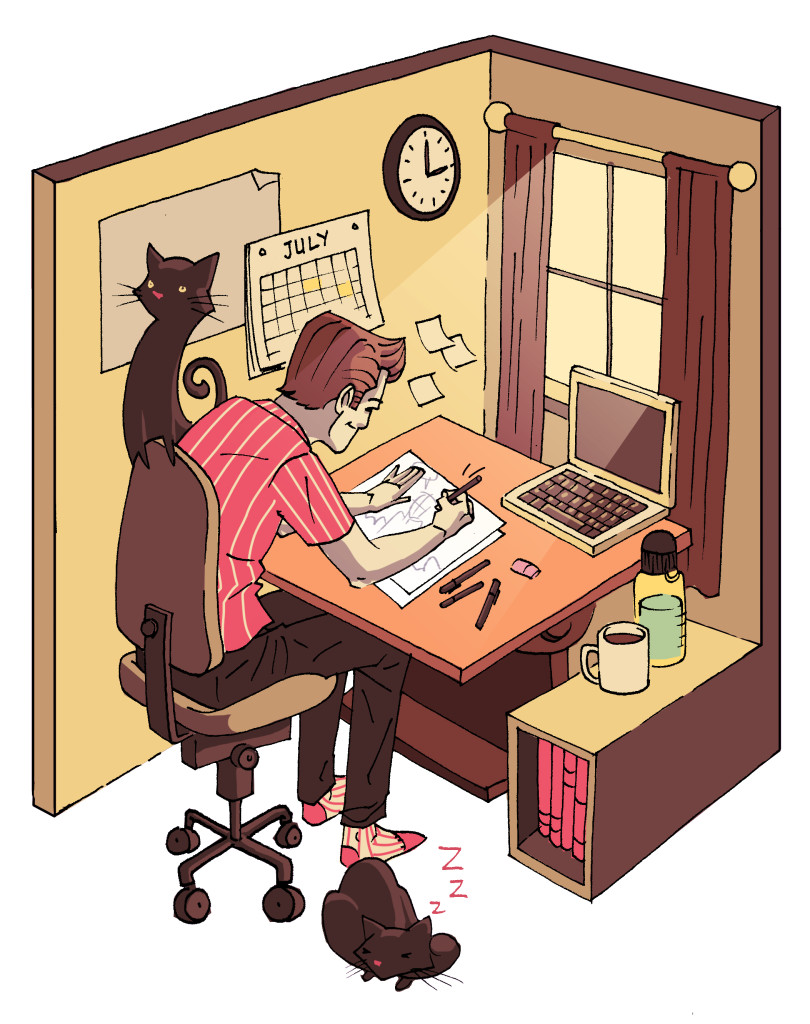